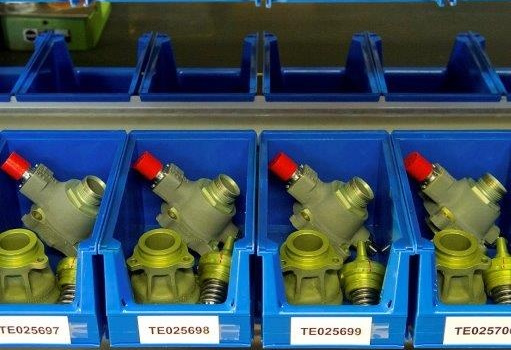 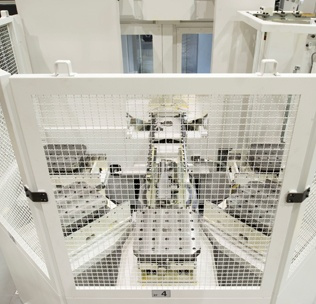 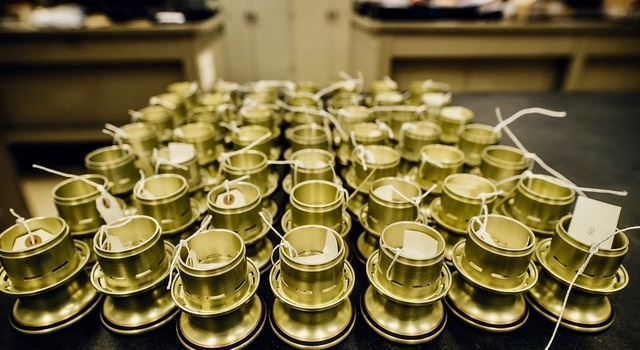 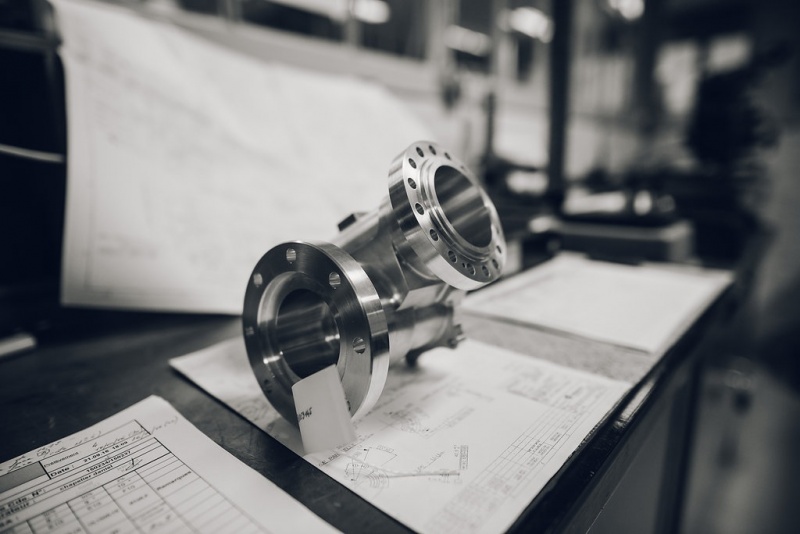 - 1896 Foundation of Britte in Vivegnis

- 1948 Foundation of Mustad in Lontzen

- 2010 Repurchase of Britte assets and the foundation of Britte-Mustad 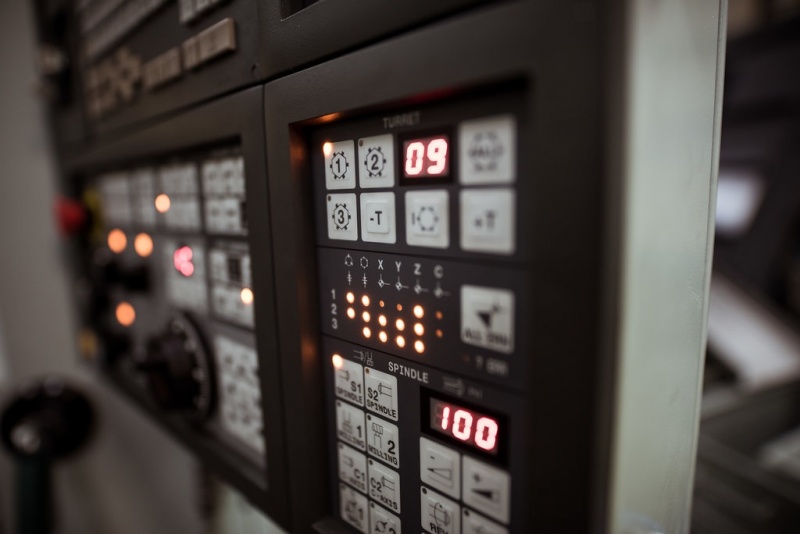 History of the Mustad United Group

At the beginning of the nineteenth century, Norwegian industry was severely fragmented. The country lacked the necessary infrastructure for specialised products.

Most supplies were difficult to obtain and, whenever possible, had to be produced locally. This environment fostered the development of businesses supplying local communities with everything from food and clothing to tools, schooling and health services. It is in this pre-industrial

world that between 1832 to 1860, in the small village of Gjôvik, Mustad grows to become one of the leading Norwegian suppliers of small metal products such as fence wires, nails, pins, horseshoe nails, shipbuilding nails, paperclips, drawing pins and an almost limitless series of other wire-based products. Business growth and survival depended on both vertical and horizontal integration. Growth is fast thanks to mechanical innovation

In the second half of the last century, Mustad developed state-of-the-art machines for the automatic production of horseshoe nails. This technological development gave the company a real competitive advantage that led to a rapid expansion of business, largely through exports to various European countries.

Almost in parallel, fish-hook sales rapidly increased thanks to the development of new production machines created by engineers employed by the most important English hook manufacturers as well as with Mustad's own specialists. The resulting technological advantage meant that Mustad also became rapidly competitive in this market on a European scale.

Despite this, trade restrictions in Norway in the 1880s created strong barriers against business expansion. It is largely thanks to the courage and vision of Hans Mustad, the third-generation owner, that the company forged ahead on its path to internationalisation.

From the early 1890s until the 1920s, he and his sons acquired more than 300 competitors across Europe. Modern, fully prefabricated Mustad factories were built for all major markets. And in the mid-1920s, the Mustad group became the leader in the European nail market with 8000 staff and automated machines producing nails in 13 different countries. At the same time as the company prospered, fish-hook sales were flourishing around the world, new models were being added almost daily and new markets won almost every month. The sales force of Mustad hooks stretched across the five continents, reaching even the most remote corners of the globe. The only other sellers you could meet in the upper Amazon or on the Congo river, in China or in Tasmania, were colleagues from Primus who sold kerosene stoves and Singer sewing machines.

At its peak, the Mustad product portfolio contained more than 105,000 different types and sizes of hooks, enough to satisfy the most demanding customers.

A company structure that has stood the test of time

The group defined its basic structure during the early years of its expansion, which has almost remained intact until the present: unique brands managed by administrators who are experienced in day-to-day business. All the products can be manufactured on an optimal economic scale in a very small unit: all products or factories serve a small, specific market and are focused on becoming leaders in their sector by providing high quality products and services. And above all, all of our products must have a very long service life, serving a small group of loyal customers who are seeking long-term relationships with their suppliers. These are the customers who are representative of the most important values of quality, reliability and service. They are our past, present and future.

Numerous mistakes and many successes

Between the two world wars and up to the present day, the Group has continued to develop or buy new products, eliminating others, always trying to be ground-breaking. After numerous mistakes and many successes, Mustad has retained the same basic structure, a structure which has proved its worth by overcoming each major economic upheaval in wartime and periods of peace. Even after the Second World War, during which the company lost all its factories situated behind the Iron Curtain (about two-thirds of its activities and 8,000 employees), the remaining organisation was able to survive and flourish thanks to its decentralised and independent structure.

The successes that made us laugh or cry!

The major technological inventions that shaped the group's successes can all be found in the field of metal mechanics.

More specifically, the small metal parts and in particular the articles that can be made from steel wire, such as shoe nails, hooks, screws, hairpins, needles, drawing pins, boat nails, carding tools, construction nails, paperclips, pins, foundry nails, alignment nails for coal mines, spacer nails and many, many more. Creativity, understanding customer needs and an innovative attitude have always been part of our DNA.

Among the other innovations, some of which were almost catastrophic despite having been developed by the same Mustad engineers, we can find zippers, a very important product for society in the past, along with hydraulic door closers, gutters and screws. Perhaps even more surprising were the scooters, the lawn mowers, automatic sand sprinklers, salt spreaders and fertilizer spreaders, electric toilets (burners) and fluidised bed burners. More successful products included wood-burning stoves (manufactured by the company for more than 75 years), frying pans, waffle irons, hammers, axes and other household items. From the list of "curious" products, we are proud to present a small selection of practical products invented by Clarin Mustad, who, with his four brothers, was a fourth generation owner. Clarin Mustad, an engineer, was the mastermind behind the development of shoe nail machines, hook machines (in collaboration with Makus Topp, the most brilliant inventor) and screw machines. But that's not all! Known to be someone who enjoyed their personal comfort, in 1915 Clarin Mustad developed the electrically heated toilet seat, followed by the "even more important" air extraction fan which was built into the toilet bowl, just under the seat.

Another of his ideas was to equip water-skis with ski poles in order to walk on the fiords. These had large floats with pivoting rockers that rose when the ski slid forward and moved back to "grab the water" during the reverse movement. The bases of the poles were bell-shaped, with a float

mounted on a perforated ring. His children often used these skis to circumnavigate the island in front of their house, travelling a distance of more than 5 km. A reluctance to waste good products. Clarin Mustad also developed a semi-automatic sharpening machine for razor blades (which probably cost him the equivalent of 50 years of disposable blades).

Clarin Mustad's most popular inventions, however, were cars, and he would develop several models. Perhaps the most impressive car that he developed was the 3.4 ton 6-wheeler, of which two examples were built between 1917 and 1919. The car had a fully convertible body for the summer and another for winter where the driver sat outside, while the passengers were seated in a spacious and beautifully upholstered lounge with windows, curtains, and lamps. The car had a double rear axle and a single front axle. The first rear axle rotated at the same time as the front wheels, while the second was fixed. The idea behind the six wheels was that the system would reduce tyre and road wear, both of which were of poor quality at the time. In order to stabilise this monster when cornering and driving over bumps, the car featured the world's first torsion-stabilising springs.

The first version of the car's engine was designed and patented by Clarin Mustad himself. It was a valveless, 4 cylinder, 4-stroke petrol engine, generating around 80 horsepower. The valves were replaced by 2 sleeves each going halfway around the cylinder, one which rose while the other fell, with lateral holes for the air intake and exhaust. The patent was sold and the famous French car, the Clayette, was equipped with this engine for many years. In the end, it proved to be relatively inefficient due to the rapid wear of the interconnecting sleeves and has finally been forgotten on the scrapheap of history.

A central headlight for improving visibility when cornering!

The car was also equipped with a central headlight that turned with the steering wheel for improving visibility when cornering (an idea that was later "copied" in the 1960s for the Citroen SM). On top of this, if a tyre was punctured the driver stopped, pressed a button, and the wheel in question was automatically raised. To re-inflate one of the tyres, one of the spark plugs was removed and replaced with a special valve that enabled the engine's compression to inflate the tyre. These are just some of the more than 20 innovations that were incorporated into the car. As the car could not exceed 80 km/h and Clarin Mustad wanted to drive faster, several years later he built the CV 1120, a six-cylinder, 120 horsepower engine which had a top speed of more than 120 km/h downhill. Clarin noticed that the car ran faster on rainy days, and he concluded that the combustion was improved by humidity (the car was running on fuel with a very low octane index, about 60 oct). Following this, he decided to design an air humidifier for the carburettor. This comprised a small water tank with a normal wick from a kerosene lamp that was stretched into the air intake. This was how he managed to drive at more than 120 km/h, even on sunny days.

As the car had 11 seats it was ideal for his large family. A side effect of this was the appearance of the first "hitchhikers" in Norway. Every morning as Mr Mustad drove the 15 km between his house to his office he was confronted by a group of nine people waiting at the foot of a hill so that he

could take them Oslo in his spacious and comfortable car. As he could not say no they had the best means of transport for reaching the city, and all for free. Often Mr Mustad told them that they should not depend on him for transport, because if one day he was sick, they would commit the unforgivable sin of being late for work.

They calmly replied that they were not worried, because as far as Mr Mustad was concerned, he would certainly send his driver to take them to Oslo. This situation irritated him so much he designed a brand new car just to teach them a lesson. This car became known as the "Selfish", it was a single-seater with the gear lever between the legs and only enough room behind the seat for a thin briefcase. One early morning, he told his driver to take his wife, all his children, the nursery carers, and various other family members and drive them to the bottom of the famous hill where they would hide behind the bushes. At exactly the same time as he appeared each day, Mr Mustad drove by in his wonderful new machine. He politely greeted the hitchhikers who, ever since that day, used public transport to get to the city.